The divorce rates in America have declined steadily. The World Economic Forum reports that in 1992, there were 4.8 divorces per 1,000 population. This ratio dropped to 3.2 per 1000 in 2016. The lower rate of divorce, however, cannot change the fact that divorce is still an unfortunate circumstance.

Divorce can be a bitter ending for married couples, but it can also be a healthy choice for everyone involved. Going through this process is an emotional, trying, and uniquely personal experience. While divorce lawyers in Colorado Springs and other cities agree that civilian and military divorce proceedings (serving the paper and undergoing a trial) have similarities, there are factors that make divorce unique when active duty military members are involved.

Active-duty servicemembers can seek no-cost legal assistance from attorneys with the Judge Advocate General’s Corps (JAG). These attorneys cannot represent the soldier in court, but they can help with other legal matters, such as answering divorce-related questions. The JAG can also aid the spouse of the military member. However, both parties should hire civilian lawyers to represent them.

Additionally, the American Bar Association can represent these servicemembers or the servicemembers’ spouses upon referral from military legal aids. Under the ABA Military Pro Bono Project, military families can take advantage of free legal guidance and representation.

This Act protects the legal rights of active military members, which include their rights during the judicial dissolution of a marriage. For instance, members reserve the right to stay or postpone court proceedings if they are unable to appear in court hearings due to their duty. The stay can last for the duration of the servicemember’s duty plus an additional 90 days after their service.

In contrast, when a civilian is served a court summons for divorce, they typically have 20 to 30 days to respond.

Servicemembers, however, should know that the SCRA does not eliminate the divorce filed or any other civil cases, for that matter. Instead, the Act postpones it until the military member is available for litigation. Also, the SCRA is applied only to civil cases, not criminal court proceedings. 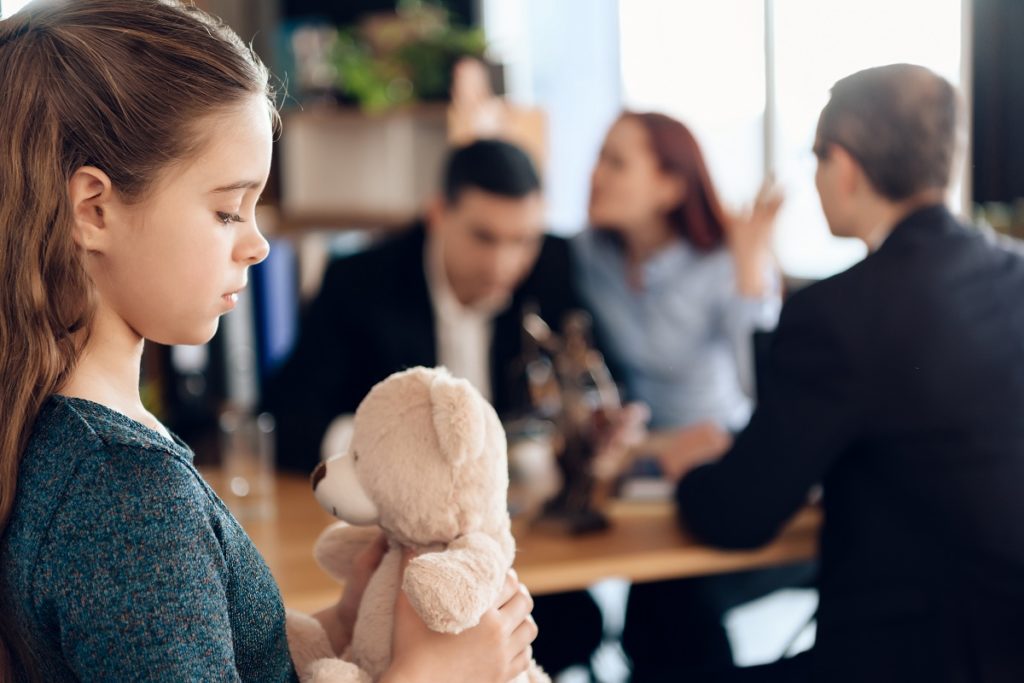 The court determines the amount of child support, according to what the state law dictates. Generally, it is based on the total of the basic pay, allowances for housing and subsistence, and special pays of the servicemember. Once set, only the court can change the amount. It can be adjusted, though, through another court hearing or consent order.

In a consent order, both parties have a written and signed agreement on the amount of child support. In some cases, the court can order wage garnishment, in which a servicemember’s pay is withheld to ensure payment of child support.

The court decides which spouse gets custody of the child or the children, based on which is best for the kids. If the court grants custody to the non-military spouse, there are visitation agreements, although they can be a little difficult to establish. This is because active servicemembers may be deployed to stations or bases that prevent them from visiting regularly.

But there are custodial options, such as virtual visitation, where parents use technology to keep in touch with their child or children. Another option is arranging scheduled visitations before and after the deployment of the servicemember.

Divorce, whoever is involved, is a trying time. For military members, there are considerations not present in civilian divorces, such as the SCRA and the agreement for child support. But a full understanding of the situation and assistance from lawyers specializing in this kind of matter can help make the process as smooth as can be.